With one month left before the deadline to complete the comprehensive draft agreement between Iran and the 5+1, talks have resumed in Geneva between Iranian and U.S. diplomats. On the agenda is the mechanism for lifting the sanctions on Iran and protocols for the international inspection of Iranian nuclear and military facilities. 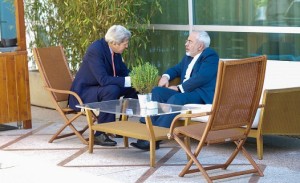 The U.S. Secretary of State is now meeting with his Iranian counterpart in a meeting that began today, Saturday May 30, and is expected to continue until Sunday.

Senior Iranian diplomat Abbas Araghchi has told reporters that Iran will not agree to interviews with Iranian nuclear scientists or the inspection of its military facilities.

There has been talk in recent days that the agreement would include a condition that Iran’s military facilities be open to inspection.

Such inspections have been completely rejected by Iran’s Supreme Leader Ayatollah Khamenei.

Young man could soon be executed in strange crime case