Iran cautions Saudis over bombing near embassy in Yemen

The Saudi Charge d’Affaires in Tehran was once again summoned by the Iranian Foreign Ministry to hear Iran’s concern about the bombing of locations in Yemen’s capital close to the Iranian embassy. 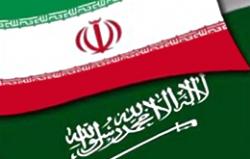 IRNA reports that after two Saudi coalition rockets hit near the Iranian embassy in Sanaa, Iran expressed its serious concerns to the Saudi Charge d’Affaires on the evening of Monday May 25.

The report adds that Iranian officials reminded Saudi Arabia and the other states involved in the conflict of their responsibility to observe the immunity and security of Iranian diplomats and diplomatic buildings.

The Iranian embassy has summoned the Saudi Charge d’Affaires on several occasions since the Saudi-led air strikes on Yemen began in March.

Iranian planes carrying humanitarian aid to Yemen have been prevented by Saudi fighter jets from landing in Yemen or nearby Djibouti to deliver their cargo.

An Iranian ship carrying 2,500 tons of medical equipment and food for Yemen was also prevented from stopping at the Yemeni Port of Hadida, and Iran finally agreed to deliver its cargo to UN representatives in Djibouti.

Saudi Arabia accuses Iran of trying to deliver weapons to Yemen’s Shia group, the Houthis; however, Iran denies the allegations and has called for all-inclusive talks to resolve the conflict.

Iran claims success in talks with Russia over missile system

MPs ask to meet with jailed tycoon about other fraud suspects