One hundred workers have been laid off from the Acryl Top Factory in Behshahr and every one of them was a woman. 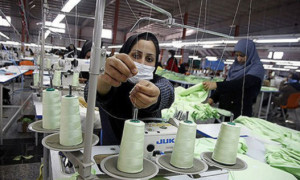 All of the workers reportedly had significant seniority and have now been referred to collect employment insurance benefits.

According to management, a “shortage of cash” and “the inability to compete with similar foreign products” have forced the plant to close.

Despite certain optimistic reports about growth for factories and production units, Iran’s manufacturing and production sector has been languishing under the burden of continued plant and factory closures.

Meanwhile, the Minister of Labour announced in March that the unemployment rate among women is twice that for men.

A report by Iran’s Statistics Bureau indicates that in the past year, 553,000 women became unemployed.

Fuel price hikes will be latest burden on manufacturers