The head of Cultural Heritage, Handicrafts and Tourism in Dezfool has been dismissed for failing to protect the ancient hills of Choghamish against the adverse effects of development. 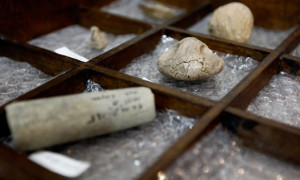 IRNA reports that one of the farmers in the region was allowed to destroy and flatten one of the hills near the city of Dezfool last week.

Gholamali Baghban, the former Cultural Heritage head of Dezfool, earlier had announced that the demolished area is 500 metres from the main Choghamish hill and has no historic value.
Baghban had served as the head of the Cultural Heritage office in Dezfool since 2008.

A group of experts has been dispatched from the main Cultural Heritage office in Tehran to examine the damage done to the historical sites.

Archaeological digs conducted in Choghamish in the 1960s revealed evidence of human settlements dating back as far as 6,800 BCE and continuing to 500 BCE. Choghamish has been on Iran’s list of Heritage Sites since 1966.