Iran’s Drug Control Headquarters report that the age when Iranian students start to use drugs is now as low as 15. 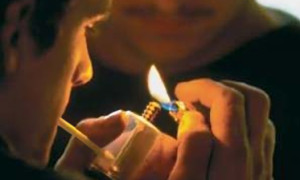 Hamid Serami, a spokesman for the Drug Control office, told the Seda va Sima network that one percent of the country’s school age children are addicted to drugs. He added that the percentage would be higher if it were to include those who engage in recreational drug use.

Serami said drug use among school age students has doubled in the past 10 years.

He cited false beliefs in the harmlessness of recreational use and curiosity as serious concerns leading more children toward drug use.

An estimated 1,325,000 people in the country are said to be grappling with drug addiction.

Iran is a transit route for drug traffickers moving their merchandise from Afghanistan to other parts of the world. This results in easy access to drugs for the public and youth in general, which exacerbates the country’s growing problem of drug addiction. Five hundred tonnes of drugs are seized annually by Iranian police.