Iranian Parliament has announced plans to conduct an inquiry into the Prison Organization, its rehabilitation efforts and detention centres. 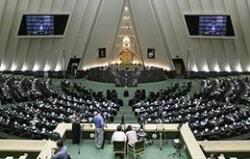 The head of Parliament’s Judiciary and Legal Commission told Tasnim on Sunday May 17 that the inquiry and investigation will look at “the conditions in prisons, the facilities and services that have to be offered, as well as an audit of the prison budgets and compliance with standards”.

Abolfazl Aboutorabi said the target of this inquiry will be the detention centres that should be run under the supervision and rehabilitation measures of the Prison Organization but for some reason are not under their control.

Those detention centres are often run by a number of security institutions dealing with political prisoners and they are often accused by human rights activists of mistreating detainees.

Aboutorabi said on Sunday that the commission is in the process of appointing the members of the delegation that will take charge of the inquiry.

Iran has 210,000 prisoners, and the latest reports indicate that over 70 percent of the prison population is under 40 years of age.