Two high school students in Saravan were targets of an armed attack by their classmates on Saturday May 9. 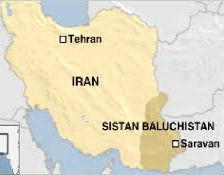 The head of Saravan security forces told IRNA that the students got into an altercation a few days ago outside the school.

Two of the students were shot at on Saturday when they were leaving the school.

This is the first report of an armed attack between students in Iran.
The report indicates that the two armed assailants had gotten into an altercation with the two students earlier this week.

One student has been injured in his leg, while the other is in more critical condition with a stomach wound and he has been transferred to Zahedan and the intensive care unit of Imam Ali Hospital.

The two assailants have not been arrested yet.