A worker was killed at the Asal Ice Cream factory on Wednesday April 29 after being pulled into the machinery. 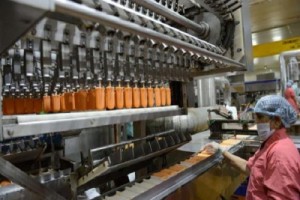 ILNA reports that the 30-year-old woman’s death was very catastrophic and traumatic for the other employees. Shahin Ahmadi was reportedly pulled into the ice-cream-making machinery at noon on April 29 after her hand got caught in it.

The Asal Ice Cream factory, located in Sanandaj, has reportedly had similar work accidents resulting in serious injuries to workers. The main reasons have been identified as a lack of adequate safety standards for equipment use and the lack of safety training for workers.

A report from the labour ministry indicates that 9,800 workers die each year in Iran from work accidents and work-related illnesses.

Rohani calls for unity across Iran in speech in Shiraz