Top Iranian diplomat and nuclear negotiator Abbas Araghchi told reporters that the mechanism for lifting sanctions is now being drafted. 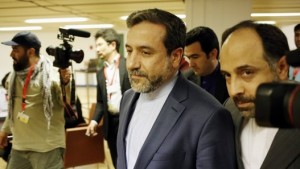 ISNA reports that according to Araghchi, “On the day of execution, all sanctions must be rescinded” and he added that in view of all the various sanctions that have been implemented, drafting the agreement “is a difficult task”.

Araghchi said since there are many sanctions, with some through the UN, others through the U.S. and yet more from Europe, drafting the agreement is very complex.

While Iran wants all sanctions lifted at once when the agreement comes into effect, the U.S. has made statements regarding a more gradual lifting of sanctions.

The parties have set June 30 as the closing date for negotiations, and Araghchi stated today that he has every hope the draft will be completed by then.

Rohani says religious oversight not the job of police