Divorce on the rise in Iran, marriages in decline

Iran’s divorce rate has risen by five per cent, with 19 divorces being registered each hour, according to reports from the Census Organization. 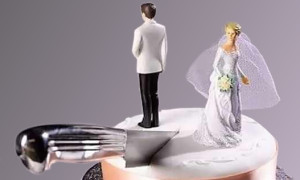 Ali Akbar Mahzoon, the head of the Statistics Bureau, told IRNA that in addition to the five-percent increase in divorces, there has been a 6.5-percent decline in registered marriages.

Khorasan Razavi, Gilan and Tehran have the highest divorce rates, while Sistan-Baluchistan, Ilam and Yazd have the lowest.

The number of divorces during this year’s Norooz, the two-week New Year celebrations, increased by 100 percent, with 2,476 divorces registered in these two weeks.

The decline in marriage rates and child-bearing has become a serious concern for Islamic Republic authorities. Iran’s Supreme Leader has called on the government to implement policies to encourage childbirth, and many such policies have been implemented in the past year. So far they appear to have been ineffective.

Protests grow over film of stray dogs dying in agony