Jailed Iranian journalist Serajeddin Mirdamadi has been sent to hospital for the fourth time in connection with the shrapnel in his body. 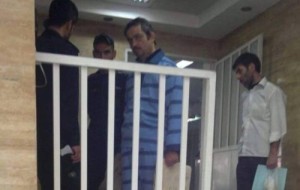 In February, there were reports that the shrapnel in Mirdamadi’s body, which he has been carrying since the 1980s war between Iran and Iraq, is shifting in his body, a cause for serious concern.

The reports indicate, however, that even though Mirdamadi’s health problem was not contained, he was returned to prison.

Mirdamadi returned to Iran after Hassan Rohani was elected as president, only to be arrested for links to the 2009 election protests, which led to the widespread arrest of journalists along with thousands of other arrests.

Mirdamadi has been sentenced to three years in prison and a two-year ban on leaving the country.