All pilgrimage to Mecca has been suspended by the Iranian minister of Guidance after two guards in Saudi Arabia sexually assaulted two young Iranian pilgrims at the Jeddah airport. 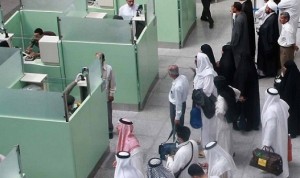 Guidance Minister Ali Jannati announced the suspension on Monday April 13, saying the decision to suspend all pilgrimage caravans to Saudi Arabia is due to the fact that the Saudis have failed to punish the two guards.

The minister stated that the Saudi authorities, rather than punishing the guards, have merely offered their apologies.

The ministry has directed the Department of Pilgrimage to suspend all pilgrimage caravans to Saudi Arabia until the perpetrators of the incident at Jeddah Airport have been punished.

The decision follows widespread outrage by the Iranian public over the treatment of the pilgrims in Jeddah, with demonstrations in front of the Saudi embassy and consulates in Iran.