Mortar fired from Yemen has killed three Saudi officers and injured two in the border regions of Yemen and Saudi Arabia. 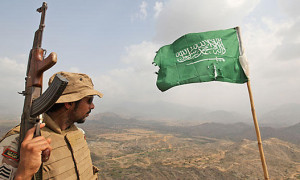 Earlier this month, another three Saudi guards were killed in the conflict with Houthis.

Meanwhile, reports from the city Taiz indicate that at least eight civilians were killed in Saudi air raids. Taiz is a base for the supporters of former Yemeni president Ali Abdollah Saleh who have joined forces with the Houthis in the current conflict.

In Adan, the forces loyal to President Hadi continue to resist the Houthis, and dozens of soldiers and civilians have already been killed.