Iranian aviation authorities have condemned Saudi Arabia’s refusal to allow an Iranian airplane carrying pilgrims to land in Jeddah, noting there were no problems with the passengers’ visas, and they attributed the Saudi actions to the political atmosphere of the region. 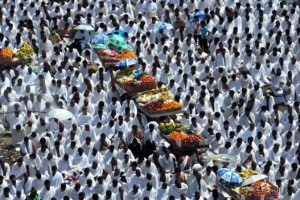 ISNA reports that the issue started when Saudi Arabian aviation authorities put out a statement saying they will prevent the landing of airplanes older than 25 years, according to Shahrokh Nooshabadi, the head of Iranian Airlines public relations.

Nooshabadi says one of Iran’s airplanes was previously denied permission to land in Dammam, with Saudi authorities claiming the plane was on the list of international sanctions.

Iranian-Saudi relations have been further strained in recent weeks as they stand on opposite sides of the recent developments in Yemen. Furthermore, two young pilgrims were reportedly separated from their caravan at Jeddah Airport and sexually assaulted by Saudi officers earlier this week.

Iranian Parliament has expressed outrage over the treatment of the pilgrims in Jeddah and called for the cancellation of all pilgrimage caravans to Saudi Arabia.