The Protection Unit of Iran’s Department of the Environment reports that dozens of wild birds and taxidermied animals were found in the home of a rare animal collector. 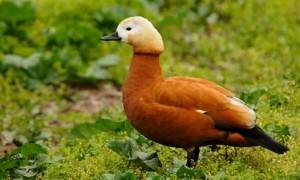 The Mehr News Agency reports that the head of the Protection Unit, Naghi Mirza Karimi, says rare birds recovered from this house include birds from other countries.

The report indicates that Mandarin Ducks, Canadian Geese and Black Swans were found in the house.

The birds will reportedly be transferred to the animal clinic of the Pardisan Wild Life Sanctuary.

The head of the Protection Unit said the homeowner will be referred to the judiciary for his offences.

The Protection Unit of the Department of the Environment was established in 2014 to investigate environmental violations involving the sale and keeping of wildlife as well as illegal hunting and fishing and the destruction and pollution of the environment.