The Iranian foreign ministry has confirmed the news that two Iranian youths who were part of a pilgrimage group returning to Iran from Saudi Arabia were sexually assaulted by Saudi officials at the airport. Qashqavi announced that the Saudi ambassador has been summoned by Iranian government regarding this matter. 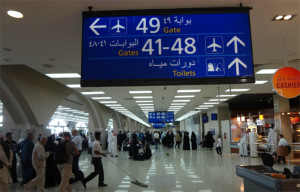 Hassan Qashqavi told reporters that two young Iranians on their way back to Iran were separated from their group at Jeddah Airport by Airport Security, who claimed they suspected them and wanted to search them. The two youths were then reportedly assaulted by the officials before being returned to their caravan.

According to Qashqavi, the matter was reported to the Iranian consulate, which immediately contacted Saudi authorities, who went on to arrest the Saudi officers.
The head of Iran’s Pilgrimage Department, Saeed Ohadi, is due to report on the incident to Parliament’s Cultural Commission.