The exile sentences of the four Gonabadi dervishes were carried out on Sunday April 5 by the Kavar Prosecutor’s office in Fars Province. 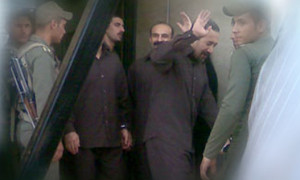 The four dervishes were arrested in Kavar in 2011 after they were involved in a conflict with a number of plainclothes forces, who had been incited by a number of local clergymen to attack the dervishes in 2011. One of the dervishes was killed in the attack.

Following the attack, a large number of dervishes in Fars province were targeted for persecution with many being arrested and sentenced to prison.