Iran’s Revolutionary Guards Corps (IRGC) has announced that it has “destroyed a terrorist cell” in southeastern Iran and killed all its members. 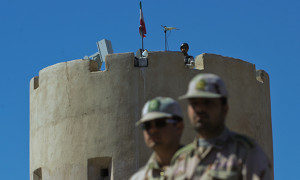 The report indicates that the operation was carried out on Monday April 6 in Qasr-e Qand and Nikshahr in Sistan-Baluchistan Province, and “Considerable quantities of arms, ammunition and communication equipment” were also recovered in the process by the IRGC forces.

The statement does not identify the individuals involved and only makes reference to “a terrorist cell linked to alien intelligence services”.

In recent years, there have also been conflicts with militant Sunni groups with political motives. The Islamic Republic regards these groups as terrorist groups.