Ministry denies rules have changed to let women in stadiums

A spokesman for the Ministry of the Interior says the National Security Council has not approved any new directives regarding the presence of women in sports stadiums. 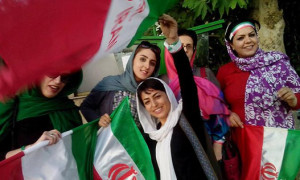 On Saturday April 4, the Ministry of the Interior denied the recent statement by the Ministry of Sports that Iranian women will now be allowed to enter sports venues to watch a number of disciplines.

The interior ministry stresses that news concerning the ministry should only be presented through its official news outlets.

Iran’s restrictions on the presence of women in sports venues has become a sore point criticized by women and a number of government officials as well as international sports figures such as FIFA head Sepp Blatter.