Nuclear negotiations between Iran and the 5+1 delegations continue in Lausanne with only a few hours remaining to the March 31 deadline for a general agreement. 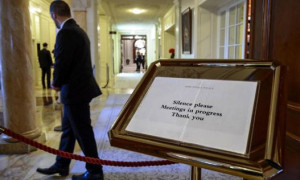 Reports indicate that Iranian officials have not yet signed the prepared draft of the general agreement.

Behrouz Kamalvandi, a representative of Iran’s Atomic Energy who’s involved in the talks, has told reporters that the parties are trying to resolve the difference but “everything is proceeding very slowly.”

Western diplomats have said the period covered by the agreement and the timeline for removing sanctions are still under debate.

The parties are supposed to sign the general framework of the agreement by midnight on March 31 and work out the details by June 30.