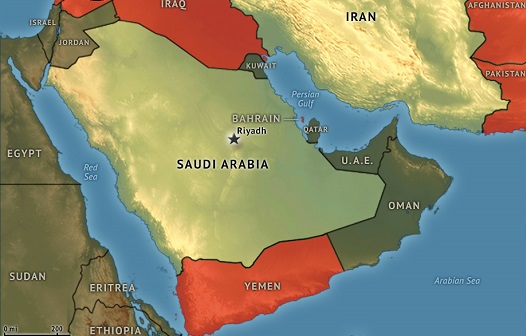 CNN reported on Sunday March 29 that a Saudi incursion into Yemen is imminent.
Al-Arabiah reported this morning that the Arab League has issued a statement announcing an official agreement to allow the Saudi-led Arab coalition to attack Yemen.

A ground attack would take place mostly in the mountainous regions between the conventional Saudi army and the Houthi militia, which may result in a long and bloody conflict.

Reuters reported on Saturday that Saudi military tanks were seen 20 kilometres from the Yemeni border at midnight Saturday March 28, ready for a command to invade their neighbour.

Saudi Arabia has already been carrying out air strikes against Yemen’s Houthis over the past three days while forging a pact with nine other Arab countries to back its operations in Yemen.