Wounded from attacks in Yemen treated in Iran

A number of people wounded in the suicide attacks in Yemen on Friday March 20 have been transferred to Iran for treatment. 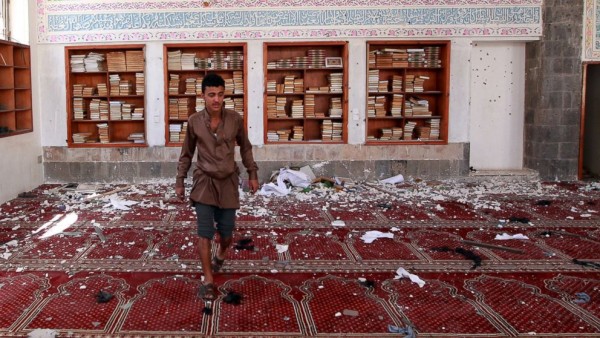 On Friday, two mosques in Sanaa, the Yemeni capital, were targeted by suicide attacks that killed 137 people and left 340 wounded. Sanaa and a number of northern parts of Yemen are currently under Hothi control.

According to the Associated Press, a group linking itself to the Islamic State of Iraq and Syria (ISIS) has taken responsibility for the attacks.
The Mehr News Agency reported on Sunday March 22 that Tehran-based Mahan Air had flown to Yemen to deliver medical aid and blood donations from the Red Crescent.

The flight to Yemen carried 24 tons of medical drugs and a team of six doctors who returned with 52 injured people on March 23.
The doctors have reported that six of the wounded are currently in critical condition.

Saudi Arabia and Oman have also offered help. Oman has taken 40 of the wounded, but the offer from Saudi Arabia has been declined because the country is seen as supporting the Sunni groups that oppose the Hothis and the offer was deemed disingenuous.

Afghans in uproar over murder of slandered woman