Kurds in northeastern Syria. Two car bombs exploded near groups of Kurdish people in Hasakah, where citizens were celebrating the arrival of the New Year on Friday evening, leaving 45 civilians dead and 63 others injured. 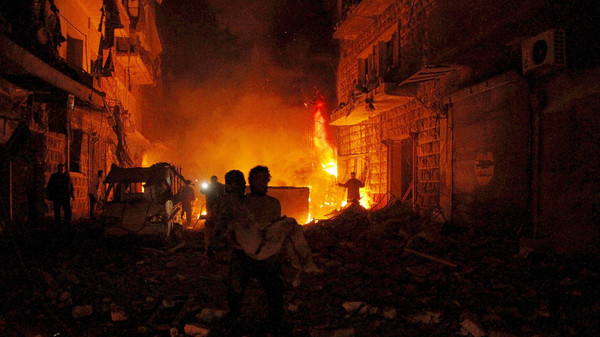 Human Rights Watch has confirmed the attacks, adding that the first day of spring has been the bloodiest day in recent months in Syria, with numerous attacks by ISIS forces leaving more than 120 people dead.

ISIS forces have not officially claimed responsibility for the attacks on the Norooz celebrations by Kurdish people, but London-based Syrian Human Rights Watch has stressed that the extremist group is responsible.

ISIS forces have intensified attacks on Kurdish people in Syria and Iraq in recent days. A few hours before the start of Norooz celebrations, they beheaded three Kurdish Pishmargahs. In a video of the beheadings, speaking in Kurdish, they threatened Massoud Barzani, the head of the Iraqi Kurdistan Region, that if they do not stop fighting against ISIS, more prisoners will be beheaded.